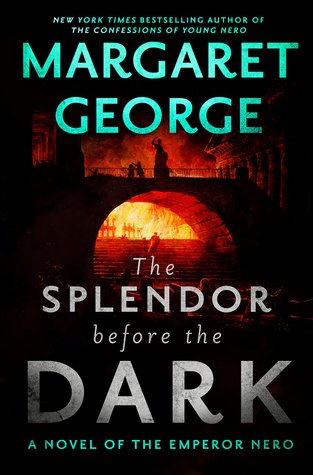 Margaret George, a master at historical fiction, completes her two book series about Nero with the magnificent The Splendor Before the Dark.

The first book, The Confessions of Young Nero, takes us through Nero’s life as a child and a young emperor(he became emperor at 16). This book takes up where the first left off, during the great fire of Rome. We’ve all heard that Nero fiddled while Rome burned, but these books take the stance that Nero was horrified by the tragedy and worked to stop the flames.

The Splendor Before the Dark shows how Nero changed the final years of his short life, after the fire and before he apparently kills himself. He is a shown as a creative and artistic genius, two thousand years ahead of his time with some of his projects.

George paints him as a bit of a naive artist, unaware of the shifting political winds in the large nation he governs. First and foremost, he loves art and theater, at the expense, especially of military endeavors. He loves and loses his wife Poppaea, only to marry once more.

And there are two other women in Nero’s life: the young slave Acte, who begins as Nero’s young lover and grows into an accomplished businesswoman, and Locusta, a poisoner employed by Nero’s family and ultimately him. Acte, Locusta, and Nero himself take turns narrating the book.

I did not know a great deal about Nero before reading these books, but, as usual with Margaret George, I learned a great deal. It’s an interpretation of course. Nero has been portrayed as a monster over the centuries. But George manages to even portray his murder of his mother sympathetically. In these, she is seen as the monster Nero must at all costs escape.

The book also recounts Nero’s efforts at chariot racing, and building his extravagant and beautiful “Golden House”, a mansion inside a park in the middle of Rome.

What’s remarkable about the book, however, is the illustration of Nero’s attempts at self-awareness. As a young child, he had to struggle to stay alive, and as emperor, he struggles to remain in control. And, in this passage, he tries to see inside himself.

There had been too much, too fast — the widening plot, the death of Seneca, and now the revelations of Lucan. His
accusations rang in my mind. He had called me stupid, blind. Perhaps he was right. How could I not have known?

But. . .I had sensed something amiss. Yes. I recalled now the cutting remarks of these conspirators about the Golden House,
about the rebuilding of Rome, about people cursing whoever had started the Fire, about the Circus Maximus race being
“fixed.” But a ruler who took umbrage at every little remark would soon become so suspicious and touchy that he would
degenerate into what they had called me — a tyrant. But perhaps a ruler who did not take umbrage readily was soon
a dead one, oblivious to danger around him even as the knives flashed.

Ultimately, Nero fails. But his valiant attempts at living a life filled with love, beauty and excitement make a long and interesting story.

Thanks to Edelweiss for a prepublication copy of The Splendor Before the Dark. It will be published November 6. 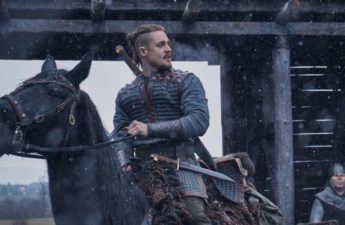