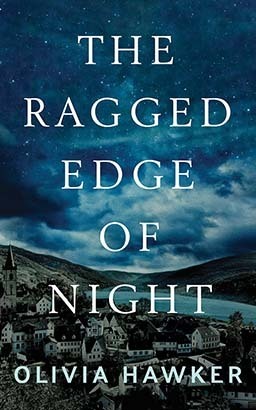 The Ragged Edge of Night by Olivia Hawker is an engaging tale of German resistance during World War II that centers on an ex-friar who marries and lives a celibate life, all the while actively working against the German government.

The friar carries with him a guilt from before the time his order was eliminated by the Nazis, a guilt that convinces him he must do something to stop Adolf Hitler. After marrying Elisabeth and getting to know her two children, he starts carrying messages, ostensibly regarding assassination plans for Hitler.

The book is written in present tense and is quite introspective — Anton’s spiritual outlook that helped him as a friar is carried forward to his new family life and his questions about the Nazis. He is often conflicted, which mirrors real life.

Indeed, we learn in the author’s note at the end that this book is based on a true story, that of her husband’s grandfather, who lived in the same small town the book is set in.

And the author’s note is where the big problems set in. First, the author tells us the publisher convinced her to change some things from what really happened to increase the “tension.” So they decided Anton and Elizabeth would not have sex in their marriage. This would seem to reduce tension. Historically, Anton and Elizabeth had their first child during the war. If this had happened in the book, it would seem to increase tension, at least in some ways. And it would make more sense overall. And there was another big problem.

There is nothing worse than an author engaging in a political diatribe. It automatically alienates half the population and it ruined an otherwise okay book for me. The author discussed how the 2016 presidential election inspired her to write the book and compared white supremacists in the U.S.A to Nazis, saying she was afraid that something like what happened to Germany in the 1930s could happen here.

Whether or not you believe that to be true, an author’s note is not the place to express political views. Too many readers will be turned off, as I was.

Oddly, the author also states that she does not believe in God, yet she has written a fairly passable spiritual novel. The book will make you think about the nature of good and evil, and what spurs people to act in ways they normally wouldn’t (Such as concern for their children.)

It’s definitely not your normal WWII historical novel. I had to laugh at some of the reviewers who complained the book was too “preachy.” The author states how she has religious in-laws. It is obvious that she understands them and appreciates them, or she wouldn’t have written the book.

So I am left a little puzzled and yes, disappointed. It’s not a perfect book, but I did enjoy reading it, especially after a bit of a slow start. 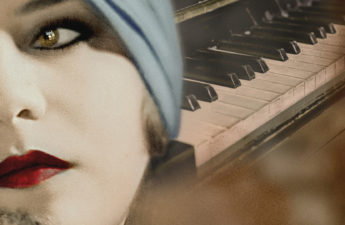