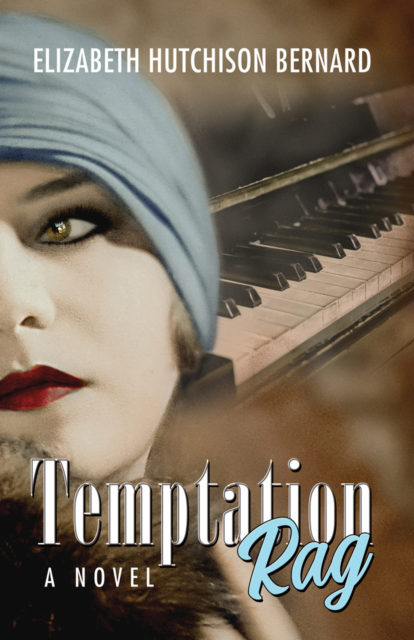 Magic of History is the current stop on the blog tour for Temptation Rag, by Elizabeth Hutchison Bernard.
It’s a remarkable turn of the 20th century story about the price of freedom, the longing for immortality, and the human need to
find forgiveness.This richly fictionalized historical saga spans 30 years and features an unforgettable cast.

Bernard was kind enough to answer a few questions about the book:

Why did you write Temptation Rag?

This is a story I felt was important to tell,” says Bernard. “I was drawn to it, at first, because my husband’s grandfather, Mike Bernard, was such a prominent part of the ragtime era in New York. But when my research led me to discover the significant controversies
surrounding ragtime music, particularly regarding some of the injustices suffered by African-American musicians during that time, I realized there was a much bigger story here. My goal as a writer was to craft a novel with historical color and emotional impact, and, in
the course of a compelling and fast-moving tale, to raise some essential but perplexing questions about human nature.”

What’s the biggest lesson we can learn from your examination of Ragtime New York?

One of the things that my story illuminates is the tremendous power of music, both on the individual and society. As one of my characters says, “. . . music has always been a reflection of the society in which it exists. But more than reflecting society, music also influences it.” As the Victorian era drew to a close, ragtime music both reflected and encouraged a greater permissiveness in society, as well as a crossing of racial and class boundaries. The infectious beat of syncopated ragtime music appealed to young people at the same time as it was abhorred by their elders. One could draw parallels, I suppose, with today’s rap music. But one of the most important points, from a historical perspective, is how difficult it was for African American musicians of that era to assert their claim to the origins of ragtime music as soon as white musicians, working for the big publishers on Tin Pan Alley, began churning out scores of ragtime hits and reaping huge profits. It was Ben Harney, a white musician from Kentucky, who in 1896 first popularized ragtime in New York City and became the highest-paid headliner in vaudeville. It wasn’t until 1913 that an African American, the comedian Bert Williams, was featured as a Broadway headliner. The fact is, racial prejudice kept many black entertainers from achieving the level of success of their white counterparts.

What were some of the biggest controversies surrounding Ragtime?

The music itself was a huge controversy. At the beginning of the 20th century, when ragtime was already vastly popular, the American Federation of Musicians went so far as to adopt a resolution characterizing it as “unmusical rot.” Even in the African American community, there was an influential group of artists and intellectuals who felt that the popularity of ragtime was a detriment to the development of a “serious class” of American music based on slave spirituals and more in line with established standards of legitimate composing. Then there was the controversy over who could play “authentic” ragtime. African American musicians struggling for recognition claimed they were the only ones who could play authentic ragtime, since it was their invention. Ben Harney, on the other hand, claimed that he was the inventor of ragtime. This tension is a significant element of my story though within the broader context of the emotional journeys of the characters, some of them white and some African American, as they search for love, fame, and the true meaning of “success.”

What else should people know about the era and setting of your book?

My novel takes place over quite a lengthy time frame, beginning in 1895 and ending in 1929, with a final chapter years later in 1943. The physical settings, fashion, modes of transportation, social mores—all these things had to change along with the characters’ perceptions and emotions during the various phases of their personal dramas. I love it that so many advance readers of my book have commented that they felt as if they were totally immersed in the vaudeville era and the music of ragtime. Readers of historical fiction always like to learn something from the books they read. I make no secret of the fact that my book is fiction, but it is grounded in a lot of historical fact that gives it substance and authenticity. I hope that readers of TEMPTATION RAG will look at the era in a new way having seen it through the eyes of some of the real-life people who made it great.

Temptation Rag goes on sale December 3, 2018 in paperback and on e-book retailers. 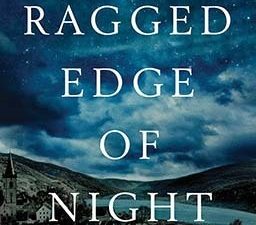