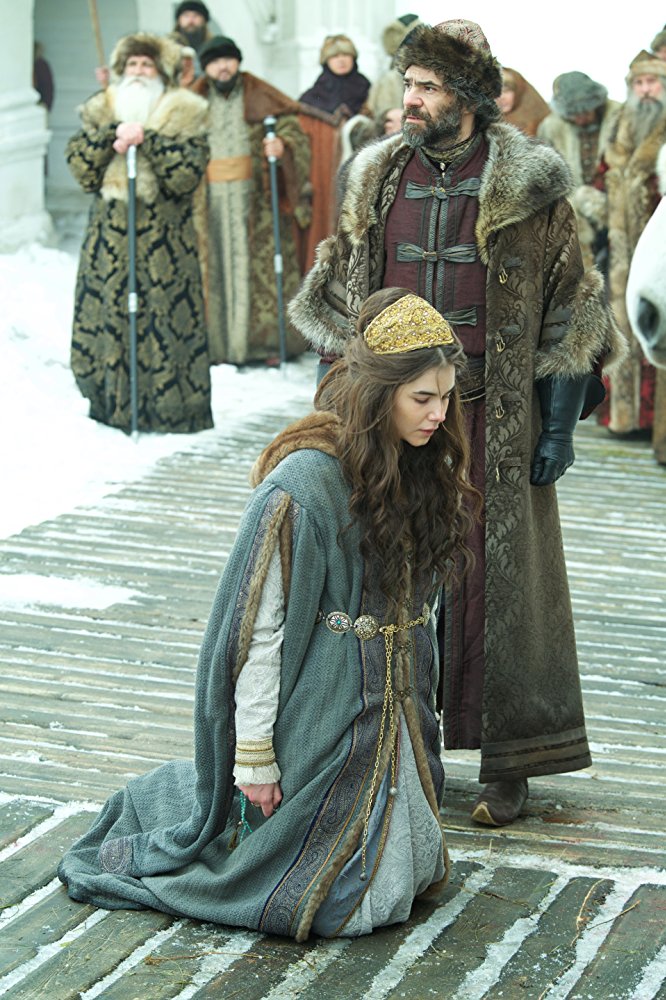 Sophia is a Russian television show produced by the government there.

It’s set in the mid 15th century and is about the last Byzantine princess, who marries the Russian prince Ionn. She becomes the first woman to exercise significant power in the country.

Some have suggested this is a work of propaganda, since one of the overarching themes is the unification of the “Rus.” But it’s also a somewhat engaging drama.

Sophia is an Orthodox girl who is sent by the Pope to spread Catholicism to Russia, but it doesn’t work.The journey to Russia takes seven months, and the priests aren’t even allowed to carry a Latin cross into Moscow.

She and Ionn meet, marry and have a child. But Ionn’s mother is still powerful and is trying to run things. Ionn takes the power, land and the inheritance away from his brothers in order to create a larger Russia.

There are subplots as well. Sophia has a maid who has been threatened to kill her mistress with poison. Somehow, she always fails to do this. And the two brothers are hostile to Ionn, but eventually, they are reconciled.

The show has a few problems, one of which are the subtitles. Whoever is translating the show doesn’t have a great command of English.

Also, in the middle ages, royal Russian women were kept in a terrim, like a harem. But apparently, Sophia wasn’t kept in a terrim and was allowed to meet with visiting western leaders, just like western queens. This is supposedly historically accurate.

She apparently advised her husband, which is demonstrated in the eight part series, although her husband doesn’t always take her advice.

It’s unusual watch the so-called propaganda, given the current Russian ruler’s wishes to annex the Crimea. But Sophia is not without merit.

The show, produced in 2016, apparently doesn’t have a second season.

The show is streamed on Amazon Prime.
Grade: B-